Getting to your most important writing. 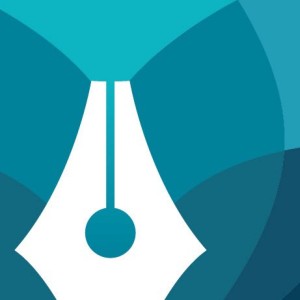 This year in general, our theme is giving your scholarship some love. But today, we want to take a moment to reflect on how being gentle with yourself—giving yourself some love—makes you a better scholar, helps you to get to your scholarship better, as well as some ways you could try to cultivate that gentleness.

Something we see a lot of, particularly at this time of year, is y’all (academics, that is) really beating up on yourselves: feeling crappy when you don’t nail things perfectly, for example, or trying to use shame as an incentivizer.

It’s an observation that everyone’s heard before, maybe so much that it’s just background noise now. It just kind of seems to come with the territory.

But let’s put that into context. Academics, like basically everyone, are super busy. You also have tons of scholarship to do, and your to dos include things like “write a book” or “get a grant that will support me for the next 5 years.” Clearly these kinds of tasks are overwhelmingly large and can’t be done in one sitting, and so you diligently break them down into smaller, more manageable pieces. But no matter how diligent you are, stuff happens and those smaller, well-laid-out tasks get delayed (or just take longer than you thought) and the big pile of undone scholarship gets ever bigger. Or at least that’s the illusion. What it really is is that you have less time in which to do the larger project, so you feel like you can’t afford to break it down. Before you know it, you’re back to “write a book,” staring down a giant undifferentiated mass that’s due next month, or yesterday.

That’s not you messing up. That’s just what happens when there’s a massive undertaking at play, especially if it’s competing with other important things that make up a career and a life.

And the only way to address that is to come back to it, break the task back down—and possibly in a new way to accommodate your changing situation—acknowledge that you’re going to take a little longer to get it in, and keep going. In the moment, it’s easy to give yourself a “pep talk” that becomes a chewing-yourself-out session, or to get all drill sergeant on yourself, like “just write the damn book, maggot!”

But that’s not how you’re going to get the book written—and you know it, too. You also know that you want, in the long term, to find a sweet spot, an equilibrium, in which you can get to your scholarship regularly, in necessary and even fulfilling ways, without feeling like you had to be cruel or neglectful toward yourself or others.

What’s really going to happen is that you’re probably not going to just find it forever; you’ll find it and lose it again, because things will change: you’ll become more senior in your career, have different commitments, and other things will happen that are manifestations of time moving forward. But you can grow your skills at recalibrating, at finding that equilibrium again when you lose it.

People who are busy hating on themselves are generally not very good at recalibrating. Doing that might get you to push yourself through some late nights or even some larger deadlines, but it’s not going to get you what you want in the longer term. What you’ll need is self-compassion, which in turn keeps you in a space of curiosity and problem-solving about yourself and your circumstances, enabling you to be responsive rather than reactive.

Now, the logic of what we’ve said so far seems obvious, and there’s a good chance that what we’ve said so far is just walking you down a path you’ve traveled before. This is where we run into another issue: the problem with self-compassion isn’t that it’s a bad or controversial idea; it’s that it is really incredibly hard to practice consistently. The thinking people have done on what self-compassion is and how to get it spans centuries and fills libraries.

With that in mind, here are two starting-point mantras that we’ve found extra effective for academics trying to get to their scholarship and be happier about it.

(If you want some next steps, get in touch with us and we’ll give you ideas or further reading based on your situation.)

In the end, all of this background self-talk and ruminating that gets you to your scholarship (or doesn’t)—and this is another thing we know you already know—is YOUR voice. You’re the one saying this stuff. The voice you give yourself doesn’t have to be critical. It can be compassionate and forgiving.

What kind of internal voice do you think is ultimately the most motivating for you? Is the one you’re currently using the version that would serve you best? Is it the kind of voice you hope your best friend, your spouse, your kid uses for their own self-talk? If not, why is it okay for you?

This is your internal voice. You can command it to be stronger and love you more.

You’re the author of this dialogue. In the end, it’s the most important thing you’ll ever write. Give it the attention—the love—it deserves.