Reward yourself in ways your brain loves. 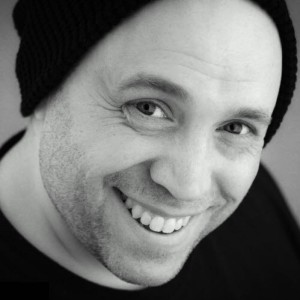 As much as we don’t want to admit it, in many ways we humans are still simple creatures. Despite all our high-flying rhetoric, on some level we still motivate on straightforward reward mechanisms. I like to think that the main difference between us and Pavlov’s subjects is that we have more elevated tastes.

Even then, too often what we reserve for ourselves as rewards for a job well done are suboptimal, borne of our more basic instincts. We pretty much have two characters sitting on our shoulders. Let’s call them Dopamine Devil and Stupid Rebound Angel.

Dopamine Devil serves up the usual rewards. And that “serving up” is often literal, in the form of snacks. Speaking for myself, unless I’m being especially prepared and thoughtful, those snacks are usually the yummy stuff (I’m not rewarding myself with celery, folks.)

Then Stupid Rebound Angel comes in, allegedly to save us from ourselves, and offers apparently healthy rewards, like taking the dog out for a walk, or hitting the gym, or meditating, or a power nap. These are all totally great and healthy rewards. But they really shouldn’t be rewards per se. They’re really things you should probably be doing anyway as part of an optimal self-care routine. In fact, the more self-punishing you’re feeling, the more you likely need to be doing these things no matter how much scholarship you’re accomplishing.

They’re not so much rewards, in other words. They’re more like things you should do during regularly scheduled breaks. Or spontaneous breaks, for that matter.

Okay then, Berkeley, what do you suggest?

First of all, we at Academic Writers Studio are huge fans of making working as intrinsically rewarding as possible. Think about all of your senses and how you can reward them while you’re working: lighting, aromas, music or soundscapes can all create a much more decadent environment so that you find your work more pleasurable.

That said, you can’t always do all those things, and besides, work has a way of being hard anyway, and you still need some other rewards.

Plan ahead so that you have mindful and deliberate rewards.

But also choose other things to be go-to rewards, things you have set aside for just that purpose. Here are some ideas:

These are just three examples, but there are countless ways you can make and take conscious rewards for reaching your goals.

What’s your experience with this? Do you get caught in that angel/devil dynamic? Or do you experience a different struggle around rewards? What are your favorite rewards?